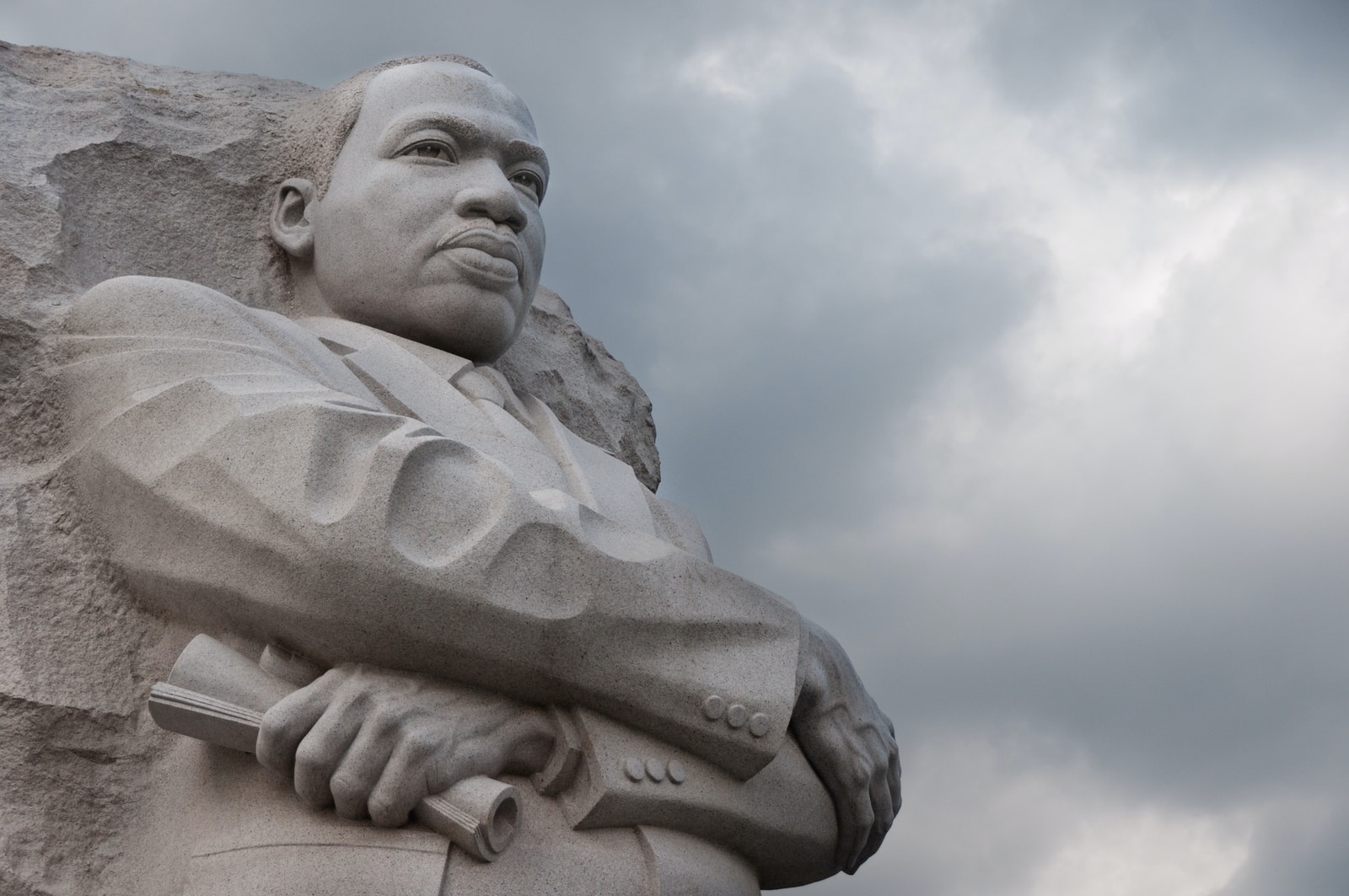 The mention of Martin Luther King Jr.’s name typically conjures up an image in my mind.  An image of a man at a podium fiercely proclaiming the word of God as it applies to the struggles of the oppressed.  And usually I recall some variation of those famous words King delivered to striking sanitation workers in Memphis in April 1963:

“Well, I don’t know what will happen now. We’ve got some difficult days ahead. But it doesn’t matter with me now. Because I’ve been to the mountaintop… I just want to do God’s will.  And He’s allowed me to go up to the mountain. And I’ve looked over.  And I’ve seen the promised land. I may not get there with you. But I want you to know tonight, that we, as a people, will get to the promised land.”

Ah yes, “the promised land.” These words then typically take me to Revelation 7, and the account of the tribulation saints:

“After these things I looked, and behold, a great multitude which no one could count, from every nation and all tribes and peoples and tongues, standing before the throne and before the Lamb, clothed in white robes, and palm branches were in their hands, and they cry out with a loud voice, saying, ‘Salvation to our God who sits on the throne, and to the Lamb.’” – Rev. 7:9-10

I am reminded, there seems to be the answer.  One day, as we behold the Shekinah glory of God, we won’t even be able to see our differences, never mind make them the focus of our intentions.

But when I went back and read the rest of MLK’s sermon that day, I was humbly reminded (perhaps strongly convicted is a more apt description) of something else. God’s imperative is for us to act in the here and now, not wait for the future.

It’s not enough to simply say that Jesus will return one day and make everything right, wipe away every tear, banish injustice and restore His people to Himself.  Jesus most certainly is enough.  And God’s perfect plan is most certainly that from which we obtain ultimate peace, security and joy.  But the question we must wrestle with is not just where are we in the future elements of the plan, but where are we in the present parts? God, what would you have us do today?

King too spoke of the present in that sermon, saying he was grateful to live in the second half of the 20th Century.  “Now that’s a strange statement to make,” he said, “because the world is all messed up.  The nation is sick. Trouble is in the land. Confusion all around.  That’s a strange statement. But I know, somehow, that only when it is dark enough, can you see the stars.”

The nation indeed was in a state of great turmoil when King spoke.  Sadly, the turmoil remains. Whether prompted by Covid-19, politics, racial tension, or economic woes, the incivility among people today seems bordering on the hyperbolic.

But as King reminds us, in that darkness, the light of Christ shines all the more brightly, and beckons all the more powerfully. Jesus gave a simple directive to His disciples, and in turn to all Christians:

I’m not talking about some global kumbaya moment, and I am certainly not saying we need to all just get along at the expense of truth.  But maybe, as Christians, we can use this moment in time to demonstrate what true, godly love looks like. Maybe we can listen more and talk less, care more and fight less, love more and hate less.  Maybe, just maybe, there is a promised land closer than we think – not the ultimate Kingdom, but a preview of what that will be like.

We have the power of the Holy Spirit in us. We have the knowledge of the Scriptures. We know the love of Jesus Christ.  We won’t fix the world. But we can show the world the peace that comes only from knowing the One who ultimately will.