The First Sacrifice: Relinquishing the Throne 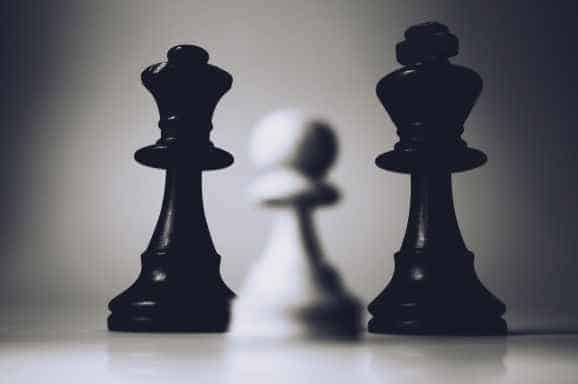 When we think of the sacrifice of Jesus Christ, our minds likely gravitate towards the cross and the price He paid by surrendering His life on it. And we absolutely should. But as we move into the Advent season, the season in which we remember and rejoice over the arrival of our Savior, I would like to invite you to consider more deeply His first sacrifice; His incarnation.  In the next few weeks we will draw upon Paul’s letter to the Philippians, specifically Philippians 2:5-11, to reflect upon the magnitude of what Jesus did by taking on human flesh, and what it means for us.

“Have this attitude in yourselves which was also in Christ Jesus, who, although He existed in the form of God, did not regard equality with God a thing to be grasped,”  – Philippians 2:5-6

Perhaps you recall the reality TV show “Undercover Boss.”  The premise was simple. The top dog of a major corporation or organization would go undercover and take an entry-level position so he or she could see how things really worked in the organization. In doing so, the undercover boss also would experience what it was like to be the lowest form of being on the totem pole. The show (or idea behind it) causes us to consider what it would be like, having achieved the pinnacle of our success, to relinquish that position and take up a slot at the bottom. In our success-oriented and achievement driven culture, this is not only counter intuitive, it is downright regressive.  Who in their right mind would trade a merited position for an unmerited demotion?

Here’s one answer: the One who extended unmerited grace to those who had no hope of gaining it by their own merit. In other words, Jesus.

As a member of the Godhead, Jesus obviously occupies a position far above the highest and most powerful position ever held by any human. And I realize that comparing His incarnation to an episode of Undercover Boss in terms of the magnitude of His sacrifice is bordering on blasphemy. But have grace, I raise this only to give a little human perspective to an otherwise inconceivable event. For instance, take a second and imagine Bill Gates voluntarily (i.e. without the motivation of a TV show) leaving his place at the top of Microsoft or the Gates Foundation to scrub toilets in the mailroom. Or imagine Jeff Bezos voluntarily stepping down from the ivory towers of Amazon to mop floors in some lobby. As difficult as it is to fathom these events, such sacrifices fundamentally pale in comparison to what Jesus did through His incarnation.

Our reflection on the incarnation of Christ begins with the incredible truth that Jesus, “although He existed in the form of God, did not regard equality with God a thing to be grasped.”  At the outset, we need to grapple with what Paul meant by Christ “existed in the form of God,” as the NASB translates the text. “Existed” (υπαρχων) here speaks of being “in a state or circumstance” and may also carry the sense of being “inherently (so).”[1] The “form” of God, or morphe (μορφη) in the original Greek, speaks of an inner reality or essence. Robert Lightner puts it this way: “Christ Jesus, Paul said, is of the very essence of God, and in His incarnation He embraced perfect humanity.”[2]  In this sense, He became the second Adam, only Adam before the Fall. Thus, it came to be that “if by the transgression of the one many died, much more did the grace of God and the gift by grace of the one Man, Jesus Christ, abound to many.” Rom. 5:15. But perhaps more to the point for our purposes here, this verse in Philippians is a conclusive statement of the divinity of Jesus Christ. He is God. And that is our starting point.

But next we read that He “did not regard equality with God a thing to be grasped.” Here again, we must look past the English translation to understand what is being said. The key is the phrase “a thing to be grasped.” A single word in Greek, harpagmon (αρπαγμον) can refer to “a violent seizure of property” or “robbery,” or it can refer to “something to which one can claim or assert title.”[3] Most interpret this as meaning Jesus did not regard His equality with God – His place in the Godhead – as something to hold on to, or that He saw it as something He was willing to set aside. Some, however, interpret this to mean He did not regard His equality as a means by which to take advantage of (i.e. rob) those subject to Him. That is to say, He does not abuse His power. I would say both are true. Jesus truly did set aside His equality with God, the full power of His position on the throne, for us.  And likewise, He exemplified godly leadership by not abusing His position, which was unlike the gods of Greek mythology that would have been familiar to Paul’s readers.

But here is the bottom line. The incarnation began with the single greatest act of humility in the history of all that is and all that will ever be.  It began with Jesus setting aside His equality with God and the power that comes with His position in the Godhead to achieve our salvation through Him. This was the price that had to be paid for this (and every) Christmas to even be possible.  But far more importantly, this is the sacrifice that had to be made for you and me to have any hope at all.  Jesus had to step off His throne in heaven and come to us, because we simply could not find a way to Him.  If we are not praising Him with every fiber of our being, it may be because we have forgotten or not fully comprehended that reality.

Finally, you may have noted that I appear to have skipped over verse 2:5, which reads “have this attitude in yourselves which was also in Christ Jesus…”  I did not. I simply saved the hard part, our part, for last. Paul’s imperative – the word translated “have attitude” (φρονεω) – reminds us that God’s word never goes out without application in our lives; that we are to do something with it. And in this case, we are to have the same attitude, be of the same mindset, as Jesus.  We must be willing to set aside any position, status, or source of power we have for the sake of His gospel.

In my more carnal moments, I’ve caught myself thinking I am above a particular task or beyond taking on a more menial position. Perhaps you have too. Or perhaps you’ve considered yourself above interacting with certain people, such as that lewd coworker, angry neighbor, or prideful boss. Surely we all have someone in our lives that we are reluctant to condescend ourselves for. In times like these, we must remember what Jesus did and ask ourselves “if He had my attitude, where would I be?” For those of us who truly know Jesus, it’s time to take up Paul’s challenge and follow our Savior’s lead.  It’s time to step off our thrones and step into the world with a message of hope.  And if you don’t know Jesus, I encourage you to seek a deeper understanding of the depth of His love for you. I encourage you to begin by meditating on that fact that He was willing to give up His throne for you. Then go on to explore all that this sacrifice entailed. When you are finished, ask yourself this – who else would have done that for me?

Jesus, our Savior, our Redeemer, our King, may You be praised for eternity by every voice in creation for what You have done for us. And may our praises ring true this season, so that all in the world will hear. And may all seek Your face and prepare themselves for when You will come again, not setting side Your throne, but establishing it here on earth. Amen.