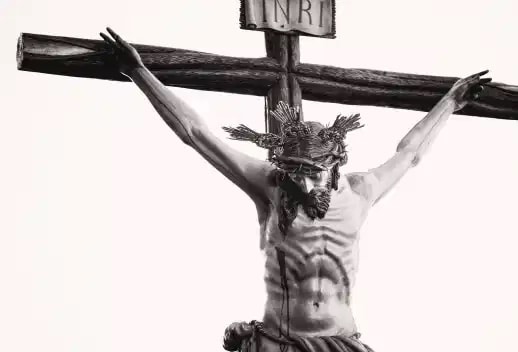 This is a third in a series of reflections on the significance of the incarnation. The purpose of this series is to help us prepare for the celebration of our Savior’s birth. To do this we are drawing upon Paul’s letter to the Philippians, specifically Philippians 2:5-11. So far, we have considered verses 2:5-6 and the significance of Jesus not laying hold of His “equality with God,” and v. 2:7, and what it means that Jesus emptied Himself for us. This week we look at the unfathomable way in which Jesus voluntarily humbled Himself for our salvation.

“Being found in appearance as a man, He humbled Himself by becoming obedient to the point of death, even death on a cross.” Phil 2:8

When I reflect on some of the more humiliating times in my life, I come to realize that humility is less something we achieve than something we endure. It’s less a way of being than it is a place of being, a set of circumstances that reduce us. I’ve had plenty of those. Wetting my pants in second grade because I was too afraid of the teacher to ask if I could go to the bathroom comes to mind. (In my defense, she was an older Afrikaans woman with the disposition of a badger with a tooth ache.) But if I am honest, I can’t say there were many, if any, times I purposely sought out humility. It tends to be a space we avoid rather than purposefully occupy.

Another side of humility is that it tends to grow out of our flaws (or sin), not our perfections. God has a way, when our prideful “I-love-me” stride gets a little too cocky, to humble us with a purposefully placed glass door that opens in the opposite direction than we expect. Face-plant humility – we’ve all experienced it. And when we do, we move immediately to that place of self-preservation. As in, “I meant to do that.”  Humility in this light seems quite familiar. But what about humility that arises from the opposite of these circumstances? What about humility that is purposefully sought by a flawless person for the preservation of others?

“He humbled Himself by becoming obedient to the point of death, even death on a cross.”This, humility is entirely different. Jesus, the perfect sinless man, voluntarily humbled Himself.  The Greek verb for “humble” here (ταπεινοω) means “to cause someone to lose prestige or status, humble, humiliate, abase,” and is most often used to describe that which is done to slaves.[1] In other words, Jesus took on a form of humility reserved for the lowest of the low in society.   Further, Jesus abased Himself to the point of death, “even death on a cross.” Paul’s point here is to emphasize that the method of death Jesus experienced was the most debasing form of execution there was. Commenter David Garland notes: “This death was particularly revolting to Romans. Cicero said, ‘the very word ‘cross’ should be far removed not only from the person of a Roman citizen but from his thoughts, his eyes and his ears’ and that to crucify someone was to ‘hang him to the tree of shame.’”[2]

And yet death on the cross was by no means the only humility Jesus endured on his journey to Calvary. It began with the Chief Priests, who following His sham trial, “spat in His face and beat Him with their fists; and others slapped Him.” Mt. 26:67. It carried on with the Romans who, following his brutal flogging, stripped Him, cloaked Him in a scarlet robe, fitted a crown of thorns on His head “and mocked Him, saying ‘Hail, King of the Jews.’” Mt. 27:29. After this, “they spat on Him, and took the reed and began to beat Him on the head.” Mt. 27:30.  And as He hung on that cross of shame, even “those passing by were hurling abuse at Him, wagging their heads and saying, ‘You who are going to destroy the temple and rebuild it in three days, save Yourself.” Mt. 27:40.   There was almost no moment from the time Jesus was arrested in Gethsemane to the time He breathed His last breath in which He was not both tortured and mocked. I can think of no greater humiliation faced by man than that which Jesus endured.

And He did it while still in a state of sinless perfection.

And He did it voluntarily.

Garland writes: “All human speculation about God stumbles at the foot of the cross.”[3] Indeed, it does. For human wisdom anticipates a God who, being perfect, would never voluntarily abase Himself by subjecting Himself to this kind of ridicule, mockery and cruelty.  But why did He do this?  The answer is deceptively simple.  He did it because He loves you and me that much.  Jesus Christ redefined being humble by turning it from a state to be avoided to an act of love. It began with His incarnation in Bethlehem, and ended with His death on the cross.  Everything Jesus did was colored by His voluntarily assumption of humility as a means of demonstrating His love for us, a love we don’t deserve, but a love we have through His abundant grace nonetheless.

As we draw close to the day on which we celebrate Jesus’ first incarnational act of humility – His taking on human form to dwell among us – let’s reflect on how His divine humility might shine forth in our lives.  As we have said before, Paul gives us these verses not only as an exposition on the servant life of the incarnated Jesus, but all the more so as an example for our own lives. Phil. 2:5 What might this look like? We might begin by not trying to cover-up our flaws with false images of perfection; by not trying to pretend we are something better than broken human beings in need of help. Indeed, humility begins with an understanding and accepting of the depth of our need for a perfect Savior.  Next, we might also consider our willingness to voluntarily step into humiliation for our Lord, just as He did for us. This might mean never failing to publicly and openly confess Him as Lord. Luke 12:8-9. It also may mean allowing ourselves to enter into challenging situations, where we may be ridiculed, humbled or even threatened, if it means we can show the love of Jesus to another. If nothing else, it means that we put His glory above our own.

Lord Jesus, might my life be awash with the form of humility You so graciously poured out for me. May I truly be made less that You would be glorified more. And may a broken prideful world come to know that reality of a perfect humble Savior. Thank you, Jesus. Thank you. Amen.