The First Sacrifice: A Pathway to Glory 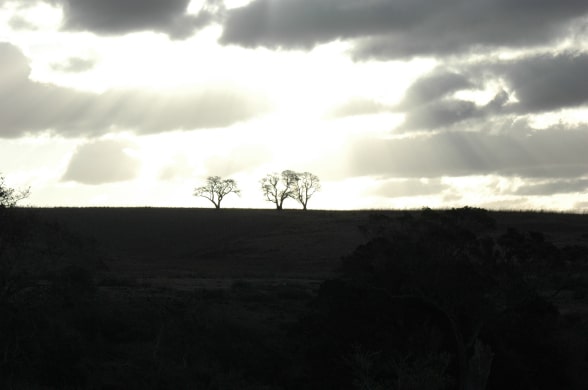 This is the final in a series of reflections on the significance of the incarnation. The purpose of this series is to help us reflect on our Savior’s birth, and what that meant for us. To do this we are drawing upon Paul’s letter to the Philippians, specifically Philippians 2:5-11. So far, we have considered verses 2:5-6 and the significance of Jesus not laying hold of His “equality with God,” v. 2:7 and what it means that Jesus emptied Himself for us, and v. 2:8 considering how Jesus voluntarily humbled Himself for our salvation. In this post, we’ll consider the results of Jesus sacrificial act of incarnation.

“For this reason also, God highly exalted Him, and bestowed on Him the name which is above every name, so that at the name of Jesus every knee will bow, of those who are in heaven and on earth and under the earth, and that every tongue will confess that Jesus Christ is Lord, to the glory of God the Father.” Philippians 2:9-11

There is a sad pattern in the human experience; an unfortunate broken record that goes something like this. A man or a woman, through hard work, perseverance or just God-given talent, reaches what seems to be the pinnacle of his or her calling. And in so doing, that person becomes highly esteemed and revered – a true example for others to follow. But then, as a result of the broken human condition, the person gives in to sin, resulting in a grave moral failing, shame, and often banishment. In other words, they go from the height of human glory to the depth of human humility.

History is littered with such people; indeed we read about them all the time. And sadly, the church is not without its own. This year, we’ve witnessed the moral failings of Jerry Falwell Jr. And now, even more recently, we sadly read of those of Ravi Zacharias, a man I personally have held in high esteem. It leads one to ask, is there not one who is truly righteous among us? I believe there are in fact a great many, but that is for another blog.  The point I want to capture here is that humanity has a way, through sin, of taking hold of glory and reducing it to humility. God, however, takes he who is humbled and exalts him to glory. This is how our story ends, and we should praise God for it.

Philippians 2:9 begins with that familiar Greek word διο, which can be translated “therefore” or “for this reason.”  It indicates that which results from earlier action, and in the case of these verses, the earlier actions were three-fold: (1) Jesus emptied Himself of His position on the throne (v. 2:7), (2) He took on human form – or was found in appearance as a man (v. 2:8), and (3) He “humbled Himself by becoming obedient to the point of death, even death on a cross (v.2:9). As we looked at last week, that form of death – that particular manner of execution – was a most humiliating way for a man to die.

Yet we now read that it was for this reason, it was because Jesus did these things, that “God highly exalted Him.” The word translated highly exalted is actually an understatement. The Greek word hyperypsoō (υπερυψοω) actually means “to raise someone to the loftiest height.”[1] Jesus is not just lifted up, but lifted up above all else. Indeed, God “bestowed on Him the name which is above every name,” a possible reference to Isaiah 42:8, in which the Lord states “I am the Lord, that is My name; I will not give My glory to another.” God the Father bestows upon the Son the highest name; His name! And in doing so, He grants Jesus’ request in His high priestly prayer: “Now, Father, glorify Me together with Yourself, with the glory which I had with You before the world was.” John 17:5.  Though man sought to humiliate Him through powers of this world, by the power of God He is restored to glory. But note that Jesus prayed His prayer before the cross, while the Father accomplished it fully after the cross. Jesus was not spared humiliation and suffering (Mt. 26:39), but rather subjected Himself to a death so cruel and humiliating it was considered below most of humanity. If we want to be glorified with Jesus in heaven, we should be prepared for humility as He experienced on earth. John 15:20.

But the Father does not glorify the Son merely to make Him a figurehead. Verse 2:10 says He does this “so that” – i.e. for the purpose that – “every knee should bow in heaven and on the earth and beneath the earth.”  Thus all that is, whether the angels and saved in heaven, the human powers on earth, or the demons and unsaved in hell, will one day bow to Jesus.  Further, God exalts Jesus so that “every tongue will confess that Jesus Christ is Lord, to the glory of God the Father.” Phil. 2:11.  We see in these verses both an act of professing in the kneeling, and a declared profession from the tongue of all that exists. This is not salvific confession, mind you, but that which comes when – upon Jesus’ return – by witness and not faith all see He is who He said He is, the great “I am.” Ex. 3:14, John 8:58, Rev. 5:13.

There will be a time when God’s great reversal of human wisdom and failings – His glorifying the humble before a world in which sin humiliates the glorified – will reverse the very course of sin and death itself. There will be a time when the power of Jesus, whom we remember this time of year as a once helpless human infant, will completely displace the power of sin and vanquish death to its place in oblivion. That, the glorious gift of eternity with God, is what we celebrate at Christmas time. If you don’t know that gift, if you haven’t accepted what Jesus freely holds out to you, well then you haven’t really experienced Christmas at all.  Let this be the year you finally accept that gift, open it and lay hold of it.

But we can’t leave these verses just yet, for good hermeneutics demands we pay attention to context, and the context here includes Paul’s admonition that we “have this attitude in yourselves, which was also in Christ Jesus.” Phil. 2:5.  In other words, Paul’s whole point in these verses is to point us toward being like Jesus; to have us take on this character of Jesus, which is the character of humility and service to others.  How do we do this?  We take up our cross daily by pouring the hope of Christ into those around us through acts of love and kindness, and by sharing the reason that we engage in them; because He did so for us.

In Mt. 28:5, when the two Mary’s behold the angel before Jesus’ empty tomb, the angel tells them not to be afraid because he knows that they are seeking “Jesus who has been crucified.”  He does not say “Jesus who is the Messiah” or “Jesus who is King of the Jews”, but rather identifies Jesus with His crucifixion. Moreover, the word for crucified is in the perfect tense, which in Greek signifies not just a past action, but a past action with ongoing results, or a fixed state.  Jesus didn’t just humble Himself for a time, He humbled Himself for all time, so that His act of humility would reverberate forever. If He is forever humble and obedient, we should be all the more. If we seek glory in heaven and not on earth, we seek a glory that no person or thing on earth can humiliate. But more to the point, if we confess Jesus as Lord as the basis for our humility and obedience, we put the glory right where it should be – with Him.

This Christmas, may God bless you, may His face shine upon you, may He give you His peace, and may you give Him the glory.