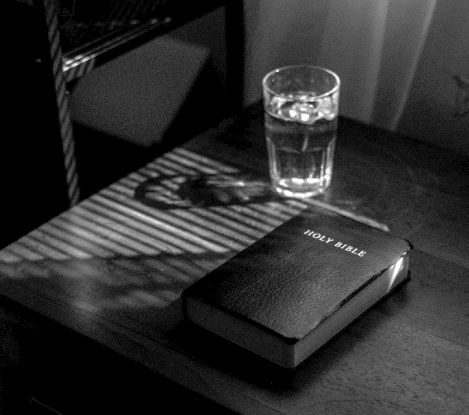 For the past few months, we have been exploring how to share and live out the gospel in a post post-modern and post-Christian culture. Having looked at the state of our culture, we are now considering how we respond with the gospel. Specifically, we are going to look at the example Jesus provided when He encountered the woman at the well, and how He provided a timeless example of how to share the Good News. Today we’ll look at how Jesus was willing to go against the norms of culture if it meant He could reach others with His life-giving message. We will see Jesus was not afraid of practicing unconventional evangelism.

There came a woman of Samaria to draw water. Jesus said to her, “Give Me a drink.”  For His disciples had gone away into the city to buy food. Therefore, the Samaritan woman said to Him, ‘How is it that You, being a Jew, ask me for a drink since I am a Samaritan woman?” (For Jews have no dealings with Samaritans). Jesus answered and said to her, “If you know the gift of God, and who it is who says to you, ‘Give Me a drink,’ you would have asked Him, and He would have given you living water.” – John 4:7 – 10

Last week we explored Jesus’ willingness to leave His comfort zone, by going into Samaria, for the sake of the gospel. But why did He go? Well, we now come to His reason. It was to meet a woman at a well.

There are a few things to consider here. First, we are never given the woman’s identity. Why? Perhaps John didn’t know it, or perhaps he didn’t feel it important. We don’t know. But whatever the reason, it is ironic because her lack of her true identity is at the heart of this account.

Second, note that Jesus leads with His need, not hers.  And by leading with His need, He invites her into a conversation she can’t avoid. If she does, she’ll be turning her back on a person in need. We can learn from this. When we start a conversation with our needs, our vulnerabilities, as opposed to pointing out the other person’s needs, we invite a more authentic dialogue. We provide a safe space to be vulnerable.

Third, consider that what Jesus does here is totally unconventional, radical even. He speaks to a woman; a major no no for a Rabbi.  He also speaks to a Samaritan woman to boot. And she is apparently a woman of ill-repute, as the text latter reveals. What is more, He asks her for a drink. Why would that have been so shocking? Because, as we will see, He had nothing Himself to drink out of. In other words, they would have shared a cup.  In these days of COVID this ought to resonate with us. What Jesus did was culturally worse than drinking straight from the water fountain at Planet Fitness.

But notice the result of His apparently irrational behavior. She engages Him. In fact, it is because of the peculiar and daring nature of His request that she engages Him. Jesus demonstrates for us here that in sharing the gospel, we’re going to have to challenge some cultural norms. We’re going to have to ask questions that both leave us vulnerable and make us uncomfortable.

Having captured her attention with His unorthodox request, Jesus makes a statement designed to make her think. Notice that having her attention, He doesn’t just pitch the gospel.  He could have simply explained that salvation (the gift of God), is acquired through faith made possible by the Holy Spirit (the living water), Who is sent by Me (Messiah).  But He doesn’t. Why? Well, it’s obvious. The Romans Road and Four Spiritual Laws hadn’t been invented yet – so the poor Man is flying blind!

Kidding aside, Jesus actions here convey an important truth we can learn from. He knows that she isn’t ready for the message He brings.  She doesn’t know or at least believe that she needs what He has to offer. So Jesus leads her there through this metaphor of living water. It’s genius. Think about it. She has come to a well, so she understands the concept of thirst. And she seeks water, so she has a notion of how to quench that thirst.  She knows and experiences need, and she’s looking for ways of trying to meet that need. She understands want and fulfillment. But until she sees that her needs will never be met by what she seeks, she won’t seek something different.

The well is really a metaphor for her life; something she will keep coming back to again and again, but it will never permanently satisfy her.

What the woman at the well experienced is on some level common to us all. That is to say, until we have found our identity in Christ, until we have grasped that the most important thing about us is that we are God’s possession, we are going to have a void in our lives. That void is really a void in our identity that we will seek to fill with something else. We’ll explore what that looks like and how it relates to the gospel in the next post.  For our purposes here, our take away is this; that Jesus took a deep interest in who the woman was when He met her. More to the point, He was willing to do unconventional things – things that would have damaged His reputation and standing and perhaps even put Him in danger – in order to reach her. Might we be willing to do the same for the souls of others.