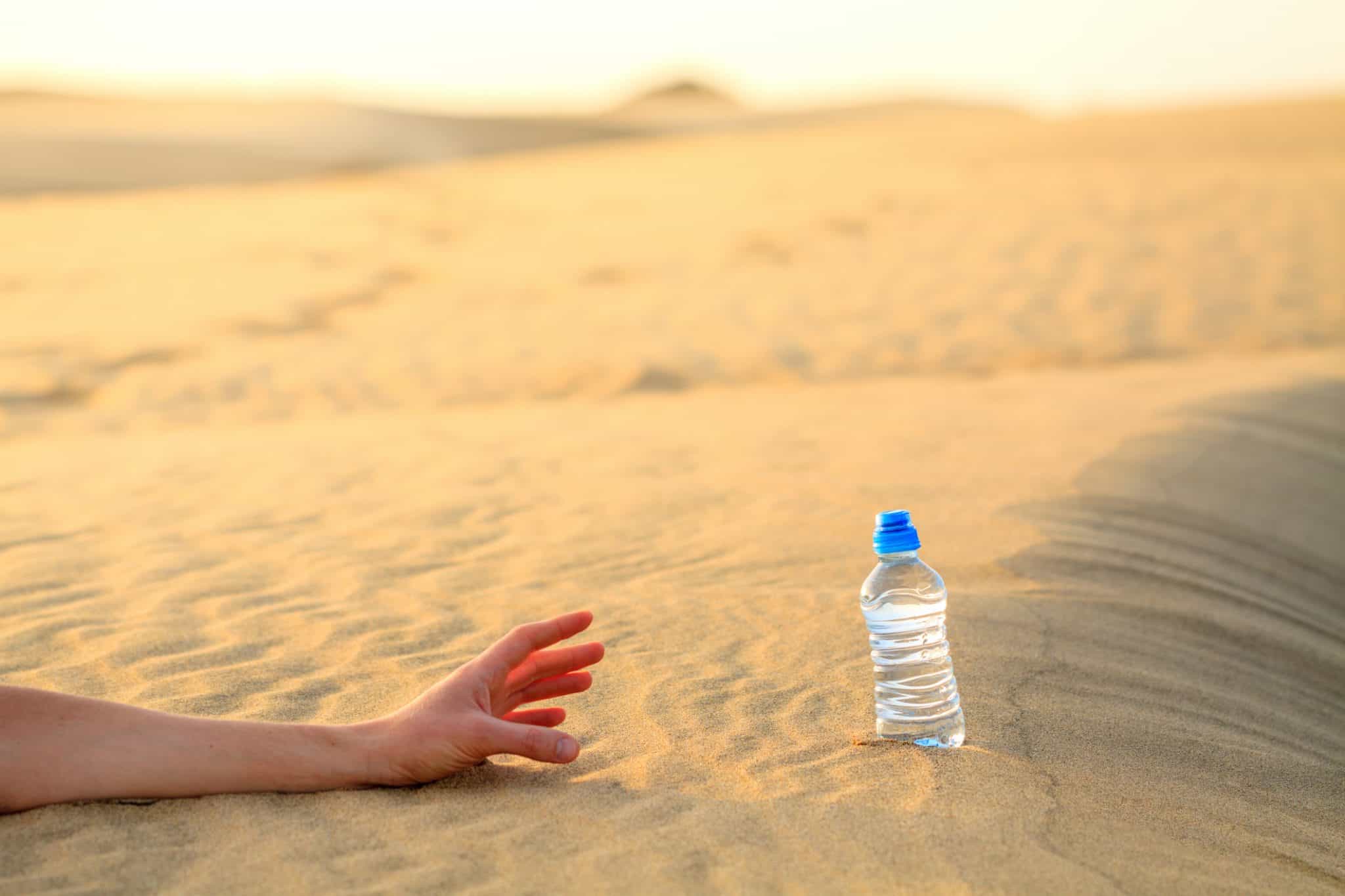 For the past few months, we have been exploring how to share and live out the gospel in a post post-modern and post-Christian culture. Having looked at the state of our culture, we are now considering how we respond with the gospel. Specifically, we are going to look at the example Jesus provided when He encountered the woman at the well, and how He provided a timeless example of how to share the Good News. Today we’ll look at how Jesus reveals the woman’s true inner thirst for God; a vital step in His revelation to her.

Jesus answered and said to her, “Everyone who drinks of this water will thirst again; but whoever drinks of the water that I will give him shall never thirst; but the water that I will give him will become in him a well of water springing up to eternal life.” The woman said to Him, “Sir, give me this water, so I will not be thirsty nor come all the way here to draw.” – John 4:13-15

Have you ever experienced deep, physical thirst? I used to run marathons, and did most of my training in Washington, D.C.  Climate-wise, summer in Washington is somewhat like living in a Labrador retriever’s mouth; extremely hot and moist! And because I ran marathons in the fall, it was inevitable that some of my longer training runs took place during the summer months. So I came to know on a spiritual level what it means to sweat.  If perspiration was academic, I would have a PhD.

I also came to know thirst.

While I made a habit of carrying water with me, it inevitably would run out some time – usually around mile 16 or 17 of a 20 mile run. And after a mile or two of running on empty, I would experience the kind of intense physical thirst that makes pond water tempting. I would get back to my car and search frantically for the bottle of water I left there. It was usually hot by then, but it nonetheless seemed life-giving. My thirst was quenched. For now. And yet, as satisfied as I was in the moment, I knew it was only temporary. That intense thirst was only as distant as my next long run.

Jesus’ metaphor of living water may seem abstract at first, but if you have ever experienced true deep physical thirst, you know the power behind it. The woman He encountered at the well knew that kind of thirst. Day after day, she would walk to the well during the hottest time of the day. (We don’t know why she chose the middle of the day to visit the well, but most suspect it was to avoid encountering other well visitors because of her shame).  She would gather water to quench her thirst and meet her immediate needs, but it always ran out.  She would always have to return – making the journey over and over again.  Her physical thirst, her need for water was palpable to her. She understood it. Which is why it was so important to Jesus.

“Everyone who drinks of this water will thirst again.”  Jesus states the obvious, but what He says is incredibly profound when we see what He is really talking about. He is using the water, and more importantly, her thirst, to draw her in (no pun intended). Essentially, what He is doing is leading her to a place of realizing that she has a deeper thirst.  A thirst that is not resident in the dryness of her body, but rather in the dryness of her soul.

Next He suggests to her that there’s a water that permanently quenches thirst. It is a water that is so satisfying that it fills one to the point of becoming a well overflowing with it. The water from Jacob’s well sustained her physically in this life, but Jesus introduces here to a water that gives eternal life – a gateway to a time where there will be no more thirst.  Of course, Jesus here is not talking about actual water, but the woman doesn’t yet grasp that. She wants actual water that will relieve her from ever having to come back to the well. She is focused on the wrong water, and more importantly, the wrong thirst. We will get to that next time.

Here, however, I want us to see how Jesus takes the time to lead the woman to the realization that she even has a thirst. This is a timeless and incredibly important step in sharing the gospel. Every human being has an inner thirst for God – it is inherent in us, part of being made in His image. But today, all too many are more than just ignorant of that thirst, they outright deny having it. A great many demand to captain their own soul and master their own fate.  The question becomes, how does one lead another to realizing their true inner thirst? As we will see in our next post, Jesus does so by focusing on what the women currently uses to try and fill that void.

But before we go there, we should notice one another thing Jesus does, or better yet does not do, here. Jesus doesn’t try to scare the woman to salvation. He doesn’t say “drink of this living water or you will be forever condemned.”  Rather, He invites her to something better than what she has. The gospel as He presents it is a magnet that draws, not a rod that drives. That is the nature of the proximate gospel of Jesus – it is inviting, it draws you near.

Thank You, Jesus, that You have revealed for us our true inner thirst and deepest need, which is You. Thank You that in You we truly do have a source of living water that carries us along as it flows to eternity. We pray Jesus that by the power of the Holy Spirit we can learn to lead others to that well by helping them understand what they are truly thirsting for. Amen.