Leaving It All In A Left-It-All Culture 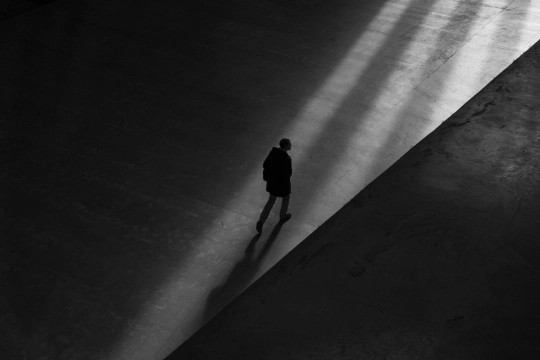 This is the first in a series of blog posts in which we will look at sharing and living out the gospel in a post post-modern and post-Christian culture.

“When they had brought their boats to land, they left everything and followed Him.” – Luke 5:11

Let’s face it, folks. We like leaving stuff. Metaphorically speaking, we are like a teenage girl, moving on from one outfit to another in search of the ultimate (yet unattainable) look. We were once modern, but that got old.  So we became post-modern. It appears the bloom is now off that short-lived rose, so we’re moving on to post post-modern. Once we figure out exactly what that is, we’ll probably leave it too. We’re post-Christian, post-religion, post-race, post-gender, post-family, post-marriage… you name it, we’ve moved on from it.

Whatever we call our condition, the truth is whenever one moves on from one position, one moves into another.  You can’t go from somewhere to nowhere, some place to no place, or something to nothing. In that case, you still would be moving into something. It’s called Zen Buddhism. But I digress. The point for believers is that we need to understand the times we are in and what that means for our faith and witness. And for non-believers, I think the time has come to settle the question of where you will park your life. Because you can’t just circle the lot forever.

So we live in a post-everything world. Where does that leave us? Well for one thing, luckily, for those are believers in Jesus Christ there is no such thing as “post-belief.” He told us: “My sheep hear My voice, and I know them, and they follow Me; and I give eternal life to them, and they will never perish; and no one will snatch them out of My hand.” John 10:27-28 (NASB) Thus once you have placed your faith in Jesus, you can’t just move on from Him. Though many may try, believers cannot simply purge themselves of the Holy Spirit once He has come into them. This is important, because it means you are never lost in a sea of confusion without any mooring. The issue, in a time when everything is always in question, is how do you lay hold of that anchor? Put another way, how do Christians live out the gospel and share its remarkable and undeniable good news in a post-everything culture?

In this series, we are going to explore this question by delving into a series of other questions. Questions like what did it mean to be modern? Or how do we understand the concept of modernity?  In turn, what does it mean to be post-modern?  And what are the characteristics of the post-modern culture that replaced modernity? And now that it appears we’re done with that experiment, what does it now mean to be “post post-modern”, as some are calling our current age?  In all of this cultural exegesis, we will also look at what is means to be a “post-Christian” culture.

But we won’t stop there. Because where we’ve been and where we are doesn’t necessarily tell us where we are going.  And as author Lewis Carroll wrote, “if you don’t know where you are going, any road will get you there.” So we need to find the right road. Once we have arrived at some understanding of where we are, we will see why the only true road is the road to the cross. We will look at why the gospel provides the only sure footing we have, and the only sure footing we need, in a turbulent age. And we will explore how we both live out and share the gospel during these strange and increasingly antagonistic times.  Not to be a spoiler, but just as the first disciples found, we will see that leaving everything is not such a bad idea. The critical thing is not what we are leaving things for, but Who?

Thanks for joining us on this journey. I hope it will bless and encourage you in your faith. And if you lack faith, I will pray that on this road, or whatever road you may be on or choose to take, you will meet the One who is the only Way, the only Truth, and the only Life.