Leaving Faith: A Look at Modernity 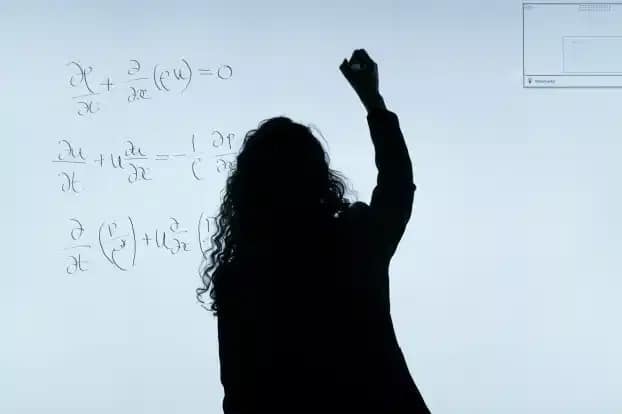 This is the second in a series of posts in which we will look at sharing and living out the gospel in a post post-modern and post-Christian culture.

As noted in our introduction, this series of posts is essentially about answering two questions relevant to the intersection of faith and culture.  Where are we now? And where are we going?  In this and the next few posts, we will focus on the first question, beginning with the philosophy we’ve come to know as “modernity” or “modernism.” To know what it means to be “post-modern” or even “post post-modern” we need a reminder of what modernism is all about.

Obviously, we cannot go into an in-depth analysis of the philosophy of modernism, which would take volumes. But what we can do (or at least try to do) is form a basic picture of modernism that will frame-up the rest of our discussions, in particular with respect to how it intersects with faith and religion. While I realize I am presenting an oversimplified view of a complex topic, I would frame up the relevant aspects of modernism for our purposes as follows.

Growing out of the Enlightenment movement that began in the 17th Century with René Descartes, modernism emerged as a philosophy grounded in rationalism, reason and ultimately science. I would describe the central tenet of modernism as this; that reason and science provide the only reliable and objective foundation for knowledge. One can thus reason through all challenges, conflicts or unknowns and theoretically arrive at answers and solutions. Reason and science also eliminate the need for consideration other worldviews because they supply truths that are both universal and absolute. In other words, the truths reasons and science provide disprove, or will disprove, all other world views; they are all we really need.

In terms of faith, a critical feature of modernism is its desire to push society toward secularism.  Secularism, meanwhile, is grounded in a belief championed by 18th Century philosopher Georg Hegel that through science and reason we are constantly progressing. Princeton University Professor Dr. Gordon Graham, in a piece expounding on religion, secularization and the modern era, provides helpful direction here. He notes “for Hegel the development of history is progressive; it is a dialectical process in which better social forms, whose denizens have a higher level of self-understanding, emerge from less good ones.”[1]

Graham notes that other famous philosophers built on Hegel’s foundation to further erode confidence in religion and advance secularization. He notes that Karl Marx, who declared religion to be the “opiate of the masses”, claimed religion was a false paradigm designed to take our attention off of the suffering of this world by redirecting it to another. Marx believed that as science and technology advances and ameliorates suffering, people will wake up to the realization they don’t need religion. As Gordon notes of Marx’s thinking: “Technology renders prayer redundant, and as a post-capitalist society emerges, religion, no less than the state, will whither away.”[2]

Graham also notes the contribution of another philosopher, Auguste Comte, to the advance of secularism. Comte argued that science would eventually replace religion as the basis for our ontology – our understanding of why things are.  As Graham explains it, Comte argued that history has emerged in stages, with the first being theological (based on animated spirits), the next being metaphysical (based on rationalism), and the final being the scientific era, “when we demand natural explanations and empirical evidence such as found in physical science.”[3]

Given that foundation, let’s reflect on two themes that arise from the thinking of philosophers like Marx and Comte, at least as I see them.  Simply put, I would describe these as (1) science will make everything better and (2) science will reveal everything. Thus we don’t need supernatural provision or explanation of anything – whether through any one religion or otherwise.

But as we leave this very brief and limited look at modernism, I want to be clear about two things. First, although a “post-modern” era has emerged, modernism is far from dead – and we shouldn’t think of it this way. Post-modern thought did not replace modernism entirely, but rather just started taking up more space on the stage. Christians, in their witness, must still be prepared to answer to some of the very real questions that emerged out of the modernity and continue to circulate today. Second, and hopefully this is obvious, science and reason are not bad things.  Our current pandemic, in fact, is as clear an example as one can have of how important science is to us. Both science and reason are amazing gifts from God that can both improve our lives and further our understanding of the universe He made. They become problematic when we ask the wrong things of them; that is when we employ them in an effort to disprove their source.