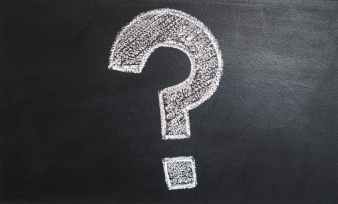 This is the second in a series of posts in which we will look at sharing and living out the gospel in a post post-modern and post-Christian culture.

In our last post, we noted that our exploration of faith and culture in today’s world begins with answering two questions.  Where are we now? And where are we going?  In that post, we looked at modernism in order to form a basis for understanding of what it means to be post-modern, at least as it related to faith. In this post, we will look at the post-modern view that emerged next.

The term “post-modern” is credited to French philosopher Jean Franҫois Lyotard, who coined it in his 1979 work “The Post-Modern Condition: A Report on Knowledge.”  In fact, in that work Lyotard notes “[s]imply put, I define post-modern as incredulity toward metanarratives.”[1] Of course, post-modernism is more than that. It has been the subject of tomes, and even Lyotard’s introductory work contains more than 130 pages of lengthy and complex examination of the subject.  But for our purposes here, I believe Lyotard’s succinct description provides all the insight we need.

So the post-modernist is incredulous – that is either unwilling or unable to believe in – metanarratives. What then do we mean by “metanarratives”? A metanarrative, as Oxford Learner’s Dictionary puts it, is “an overall account of things that enables people to find belief, pattern and meaning on their experiences.”[2] If you prefer another definition, Colllins Online defines metanarrative as “(in postmodernist literary history) a narrative about a narrative or narratives.”[3] Hmmm.  Perhaps a few examples will help.

In one sense, the whole of Christian faith is a metanarrative.  That is, the biblical narrative of our creation, fall, need for redemption and access to redemption through Christ is a series of narratives tied together to reveal to us the source of truth.  There’s more on that to come, but the important thing is that Christians have and believe in a metanarrative. Modernism, drawing upon the Enlightenment, has its own metanarrative. As the New World Encyclopedia puts it, this metanarrative is “that rational thought, allied to scientific reasoning, would lead inevitably toward moral, social and ethical progress.”[4]  And it is this metanarrative that helps us understand the post-modern aversion to metanarratives. Why? Well, one reason may be because it hasn’t seemed to work out as predicted.

Recall from our last post that Karl Marx believed that our need for supernatural relief from our miserable state will be obviated when science and reason, in time, reveal and supply the cures for our misery.  The problem is that science has not proven to be the cure for all forms of misery, and in some cases has had negative consequences. For instance, while it brought medicine to save lives, it also brought technology capable of wiping out all life, indeed the entire planet, several times over.  One might say “give it time”, or as Philosopher Jürgen Habermas put it, modernism is an “unfinished project.”  Perhaps. And yet even given time, there are things science can’t solve, like mortality. So while the bedrock of modernism is progress, I would argue that post-modern observers are not buying the narrative that through science things are necessarily getting progressively better.

Another pillar of modernism, as highlighted by Auguste Comte (see last post) is that our need for supernatural wisdom, or a supernatural source of truth, will be obviated as science and reason reveal a truth that is both universal and absolute. Here again, however, science is limited. While it may be able to explain how something exists physically, it can’t fully explain why (for what fully-orbed purpose) something is and certainly can’t be used to explain why someone should act in a particular way. That is to say, it can’t supply moral or ethical truth.  Lyotard notes that from the scientific point of view “the right to decide what is true is not independent of the right to decide what is just, even if the statements consigned to these two authorities differ in nature.”[5]

Lyotard raises another point regarding science and knowledge that troubles the post-modern mind. He notes that modern science “leaves behind the metaphysical search for a first proof or transcendental authority as a response to the question: ‘How do you prove the proof?’ or, more generally, ‘Who decides the conditions of truth?’” He writes that the “conditions of truth” or “rules of the game of science… can only be established within the bonds of a debate that is already scientific in nature.”[6] Modernism, in rejecting non-scientific narratives, concludes that the only legitimate proof of truth (which includes what science is) is science itself. It is the totality of knowledge, or at least is the only process by which the totality of knowledge can be known. But can it really be the only source of knowledge? The post-modernist does not think so.

So where does that leave us? Again, a few observations captured in a handful of paragraphs cannot do justice to the post-modern view. But as noted above, we can draw one important general conclusion here, which is that post-modernism, in rejecting modernism’s metanarrative, has thrown the metanarrative baby out with the bathwater. There is no grand scheme. Or put another way, no one metanarrative can be used to judge what is true. Different people or different cultures have different approaches to judge what is true, and none can be proven as the absolute truth. Thus, any claim to absolute truth is stating an impossibility. Truth, then, is whatever you or I judge it to be.

One can see, then, how Christian faith – which is based on absolute truth – is met with the same skepticism as science and reason in the post-modern mind. What is more alarming is that these elements of post-modern thought are not just rejecting Christianity, they are even creeping into it.  A 2017 Barna study, for instance, found that 19 percent of Christians surveyed strongly agreed with the statement “no one can know for certain what meaning and purpose there is to life.” Another 23 percent strongly agreed with the statement “what is morally right or wrong depends on what an individual believes.”[7] That does not exactly align with John 14:6, now does it? And yet, these are individuals claiming to be Christian.

In conclusion, let’s summarize where we are to this point. Prior to the advent of modernism, our faith played a big role in helping us determine who we are and why we are. But modernism left faith behind, advancing reason and science as determinative of these questions.  In response to modernism, post-modernism rejects the modernist metanarrative, and metanarratives in general, in essence leaving claims of absolute truth behind.  What emerges next? We will look at that next time.