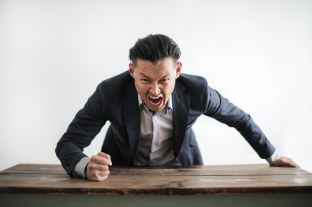 This is the second in a series of posts in which we will look at sharing and living out the gospel in a post post-modern and post-Christian culture. In our last two posts, we began exploring two questions.  Where are we now? And where are we going?  So far we have looked at modernism and post-modernism. In this post we will consider what may be coming next.

Is post-modernism dead? That’s our question for today. And though I am not sure we have a definitive answer, it seems at a minimum that the post-modernist prediction of the death of the metanarrative (see the past post) was premature and perhaps exaggerated. As we will see, metanarratives are back, and they are angry. In fact, what may slipping away is post-modernism itself, or at least its grip as a dominant worldview in our culture.

As early as 2006, author and philosopher Alan Kirby was predicting the demise of post-modernism. In his article “the Death of Postmodernism and Beyond” he writes that the passing of this brand of philosophy is best evidenced “by looking outside the academy at current cultural production.”[1] In other words, what culture creates or generates is a better indicator of the current philosophical mindset than that of ivory-tower academics.  And when it comes to looking at cultural production, Kirby observes a dramatic shift away from postmodernism’s “emphasis on the elusiveness of meaning and knowledge.”

“The terms by which authority, knowledge, selfhood, reality and time are conceived have been altered, suddenly and forever,” Kirby notes.  This is the result of new technologies, which have “re-structured, violently and forever, the nature of the author, reader and the text, and the relationships between them.”  Kirby labels postmodernism’s replacement “pseudo-modernism”, a philosophical era in which “cultural products cannot and do not exist unless the individual intervenes physically in them.” Rather than being fed content from an author, the pseudo-modernist creates content himself or herself by participating in its making.

The flourishing of social media engagement, from Tweets to Tik-Toks to You-Tubers, seems to support Kirby’s observations. We have no shortage of people eager to create reality, seeking purpose in being “influencers.” Moreover, that the interaction within such forums seems to result in a created reality may be best evidenced by the onslaught of conspiracy theories that surface more readily and consistently these days than the crabgrass in my yard.

Kirby also makes a case that geopolitical forces have shaped the mindset of the pseudo-modernist, whose “typical intellectual states are ignorance, fanaticism and anxiety.”  He writes that “pseudo-modernism was not born on 11 September 2001, but postmodernism was interred in its rubble.” Indeed, one can hardly deny the power of metanarratives based the events of that day, and the perpetual anxiety that emerged from their clashing. For the pseudo-modernist, however, Kirby notes “this fatalistic anxiety extends far beyond geopolitics, into every aspect of contemporary life; from a general fear of social breakdown and identity loss, too deep unease about diet and health; from anguish about the destructiveness of climate change, to the effects of a new personal ineptitude and helplessness…”

Thaddeus Williams, of Biola University’s Talbot School of Theology, similarly believes that we have moved into a new post-postmodernism era. He observes, in Talbot’s The Good Book blog, an emerging trend of “legislating morality”, something that “has moved from being strictly verboten in the postmodern mileau (at least in principle) to becoming the ‘new normal.’”[2] In addition, Williams sees “a related shift from ‘trashing’ to the triumph of metanarrative.” While postmodernists “were adept at exposing metanarratives as power-plays,” Williams writes, “post-postmoderns, by contrast, are perfectly happy to compose morally charged metanarratives and use them in precisely the power-seeking ways that the postmodern found so disingenuous and oppressive.”

If both Kirby and Williams are correct, what seems to be emerging is a new philosophy that re-engages metanarrative.  However, the metanarratives that emerge are volatile, frenzied, and based on the subjective whims of individuals reacting to one another. More and more, they are created in virtual reality rather than grounded in objective truth. As a result of many factors – of which technology and social media may be the predominant – my concern is that we now operate according to metanarratives that are drawn from mob mentality. Worse yet, these metanarratives are more than just expressed; they are enforced, primarily through shame.

What is equally disconcerting is that the post post-modern era seems to be grounded in conflict and anxiety, rather than love and hope. While pockets of unity appear, they are held together by the thin and fraying thread of perceived common enemies, when in reality, the enemy is only common to us because it is one another. We have given up our sense of a common humanity, trading it for a view that we are only common to one another to the extent you affirm my Tweeted position on whatever issue I deem most important.  Divergent metanarratives that are woven in cyberspace sadly are made manifest on the streets of Portland and the grounds of the Capitol. And after the flames subside and the dust settles, what remains is an oppressive sense of despair.