Leaving God: Is Our Culture Post-Christian? 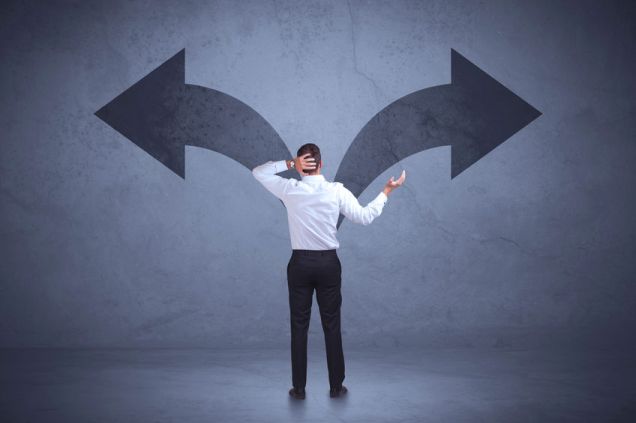 This is the fourth in a series of posts in which we are looking at sharing and living out the gospel in a post post-modern and post-Christian culture. To begin this journey, we started exploring two questions.  Where are we now? And where are we going?  So far we have looked at the journey our culture has taken from modernism to post-modernism to what some call a current era of post post-modernism. In our final post addressing these question, we will look at what it means to be post-Christian.  From there, we will shift to answering the question what should Christians do now that we see where we are?

Are Americans living in a post-Christian culture?  That seems to be both the prevailing conclusion and the prevailing source of anxiety for many Christians. But what do the facts tell us? Or at least the surveys?   In a recent Pew Research Poll of 2000 people, 65 percent of those surveyed identified as Christian.[1]  Although one poll is hardly conclusive, one might be tempted to believe from this that Christians are solidly in the majority.

I mean, if this were Congress Christians would nearly be veto-proof.

But here is the problem, or at least the first one. When that same poll was conducted in 2014, 71 percent of those surveyed identified themselves as Christian. In 2007, 77 percent did. Thus, the number claiming Christianity has been steadily going down – failing 12 percentage points since 2007. By comparison, the number of people identifying themselves as “religiously unaffiliated” climbed 10 percentage points, from 16 percent in 2007 to 26 percent in 2019.  So while the numbers, if representative, still indicate a solid majority of the nation identifies as Christian, the trend also indicates that it won’t for long.

A second problem is that just because someone identifies as Christian does not necessarily mean they hold to Christian beliefs. In fact, another survey of 2000 adults, this one by the Cultural Research Center at Arizona Christian University, indicates the in-name-only Christian problem may be bigger than we think.

Consider, for instance, that of those surveyed, 75 percent of evangelicals and 81 percent of mainline Protestants rejected the teaching that people are not basically good, but rather sinners.[2]  In addition, 62 percent of evangelicals and 71 percent of mainline Christians rejected the belief that which faith one embraces matters as much or more than simply having some faith. A majority in both groups also rejected the idea that one cannot earn his or her way into heaven by good works, and that there are absolute moral truths that apply to everyone all the time.

While surveys such as these are not determinative of the state of Christianity in America, they do seem to reflect a palpable movement away from Christianity as the dominant religion. Indeed, if we accept the Merriam-Webster definition of “post-Christian” as “a period or state following the decline of Christianity as a majority religion”[3], it seems we may be there or at least are rapidly heading there.

That said, columnist John O’Sullivan reminds us of the significance of being “post-Christian”, as opposed to pre-Christian or simply just not Christian at all. Being post-Christian means that we once were Christian.

O’Sullivan notes: “A post-Christian society is not merely a society in which agnosticism or atheism is the prevailing fundamental belief. It is a society rooted in the history, culture, and practices of Christianity but in which the religious beliefs of Christianity have been either rejected or, worse, forgotten.”[4]

In this sense, Judeo-Christian beliefs, which were once more foundational to our culture, are still woven into its fabric. “But there are consequences to forgetting truths,” O’Sullivan adds “One consequence is that while we instinctively want to preserve the morals and manners of Christian tradition, we cannot quite explain or defend them intellectually. So we find ourselves seeking more contemporary (i.e., in practice, secular) reasons for preserving them or, when they decay completely, inventing regulations to mimic them.”

Russell Moore, president of the Ethics and Religious Liberty Commission of the Southern Baptist Convention, meanwhile, questions whether we should conclude that America was “Christian” in the first place.[5] “The idea of America as ‘Christian’ requires a concept of the nation as in covenant with God.” Moore writes, adding that this “entails applying the promises made to Israel to the United States… and yet, Israel’s promises had a goal – and this goal is not the United States of America.”  The result of such thinking, Moore argues, is a “sort of freaked-out nostalgia” regarding what we perceive used to be.

“We identify our focal point in some made-up past – whether the founding era, or the 1950s or the 1980s or whenever,” Moore writes. “That makes us all the more frantic when we see the moral chaos around us. We see it in the terms of ‘moral decline’ instead of seeing it the way the Bible does, in terms of not decline but of Fall.”

Maybe Moore has a point. Perhaps, rather than focusing so much on Christianity’s lost position in American, we should be simply focusing on the position of the lost in America.

Former missionary and author Elliot Clark, in his book Evangelism As Exiles, similarly warns that as Christians we may be undermining our witness through our lament over the state of faith in our culture.

“[W]hen we suffer, if our collective Christian tone is complaint, if we constantly lament our loss of cultural influence or social standing, if we weep and mourn as if Jerusalem has fallen when our chosen political agenda is overlooked, then we expose our true values.  Those troubling circumstances have a way of unmasking our highest hopes. Sadly, far too often they reveal our hopes have actually been in this present age and not in the one to come.”[6]

Whether we are post-Christian or never were Christian in the first place, we can probably agree that as disciple makers in America, we have our work cut out for us. Further, the work we have to do is in a seemingly post-everything-that-was-before culture; a culture that doesn’t recognize its own desperation for the one true narrative that forever stands the test of time, and indeed will remain after time ends.  From here, we’ll explore how we might go about telling that story where we are and when we are now.

[6] Elliot Clark, Evangelism As Exiles: Life on Mission As Strangers in Our Own Land (Denmark: The Gospel Coalition, 2019) p. 37.